Earlier this week, the Ku Klux Klan gleefully endorsed Donald Trump for President, and even put him on the front-page of their “newspaper” which is distributed to brainless hate-filled morons across the country: 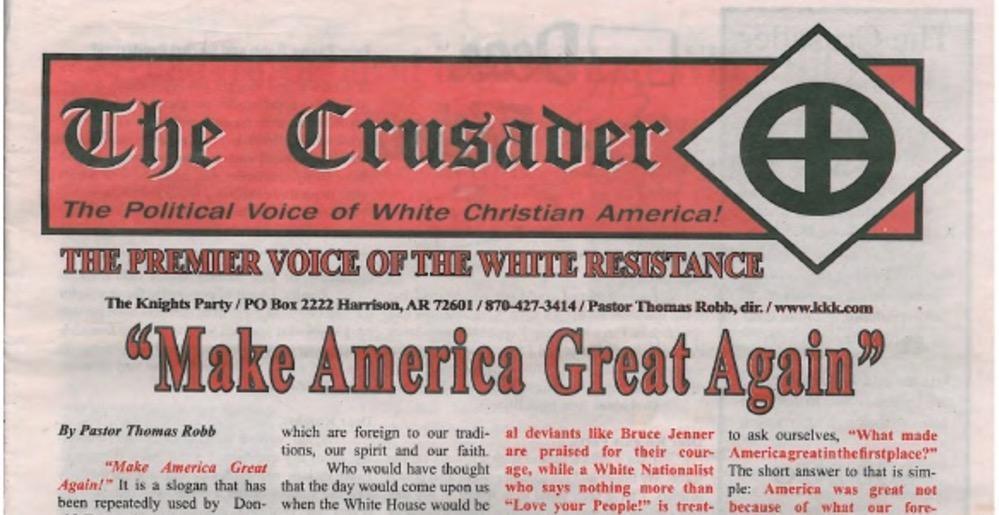 This comes as no surprise to anyone who has been paying attention over the past year and a half since Trump announced his candidacy and began stoking the fires of hatred with talk of “rapists” from Mexico and promising to be the “law and order candidate,” which is merely coded language meant to convey to hate groups nationwide that Trump is on their side and shares their prejudice.

Now we have neo-Nazi groups in Pennsylvania announcing that they have a way to assure African-American voters don’t show up on Election Day: They will hand out beer and marijuana in inner-city neighborhoods so black voters will be too intoxicated to vote. As a spokesperson for these ignorant pieces of feces told Politico:

“We also have some teams going in to the ghettos in Philly with 40s and weed to give out to the local residents, which we think will lead to more of them staying home. We have had success with this in the past.”

While the Trump campaign says they want no part of such efforts, does anyone truly believe they are opposed to such measures if it helps them suppress voter turnout among African-Americans?

Mark Potok of the Southern Poverty Law Center said his group will be carefully monitoring anyone who attempts to intimidate or prevent anyone from voting on November 8 and that efforts such as those by the neo-Nazis are destined to backfire:

“If on the morning of Election Day it turns out that we have white supremacists standing around looking threatening at polling places, I think it would arouse anger. People would vote just to prove they’re not being intimidated by these radical racists.”

This article was originally published by the same author at LiberalAmerica.org